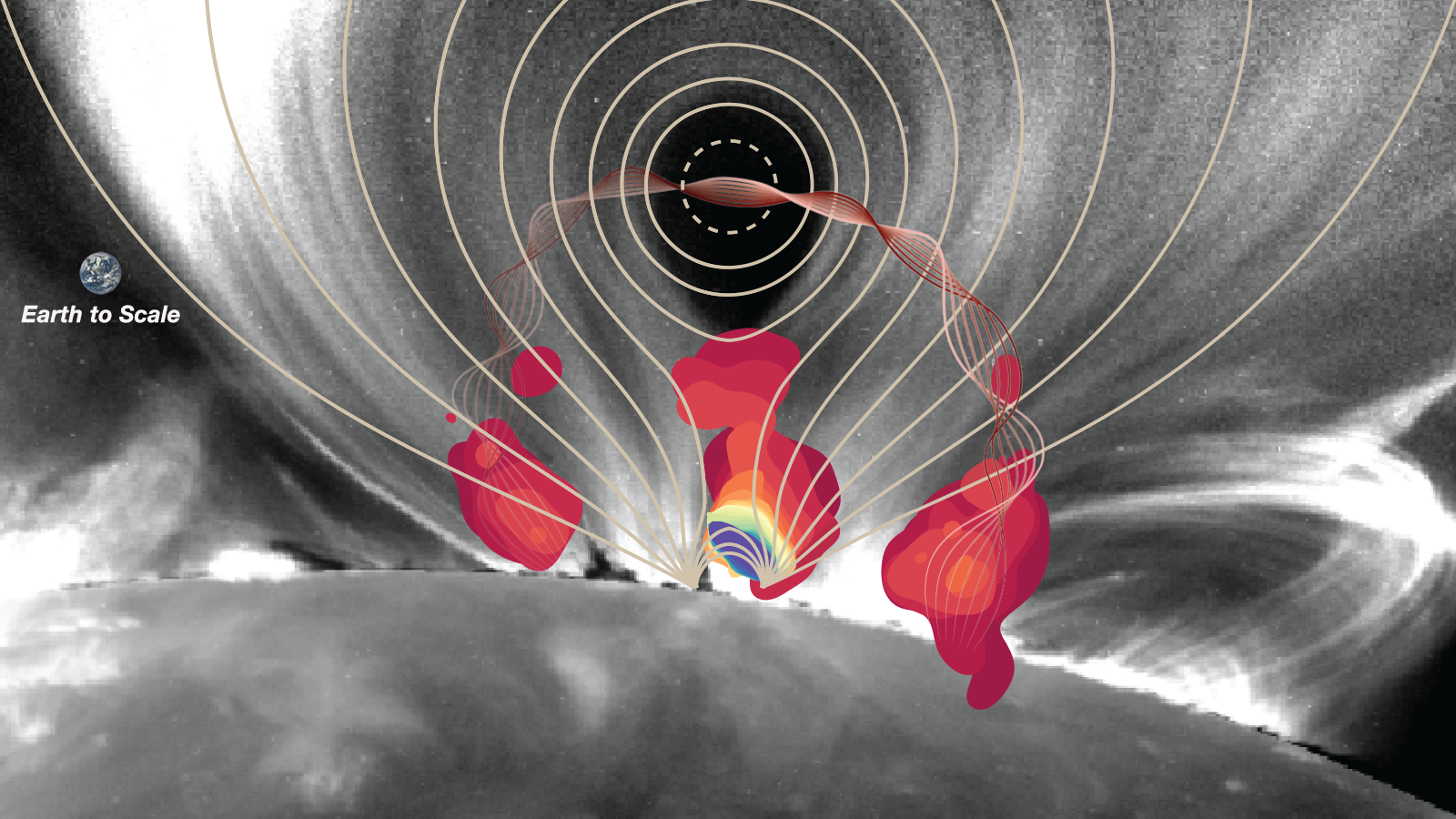 A long and thin, “sheet”-like structure with a strong electric current—referred to as a “current sheet”—is believed to be the “central engine” that drives large eruptive solar flares. At the current sheet, opposing magnetic field lines approach, break, and reconnect. Consequently, the previously stored magnetic energy is released to power the eruption (often observed as a coronal mass ejection) and to produce flare emissions observable in virtually the entire electromagnetic spectrum from radio to X-rays. The released magnetic energy is also responsible for accelerating charged particles to nearly the speed of light.

Solar astronomers have been able to infer the presence of such current sheets in solar flares. However, there has been heretofore no measurement of its magnetic properties. With this new study published in Nature Astronomy, Prof. Bin Chen of the New Jersey Institute of Technology (NJIT) and his colleagues used multi-frequency microwave imaging observations, provided by the Expanded Owens Valley Solar Array (EOVSA; a 13-element antenna array operated by NJIT), to obtain measurements of the magnetic field of a current sheet in a large eruptive solar flare for the first time. Remarkably, the measured magnetic field matches closely with predictions in a well-known analytical model of the “standard” solar flare scenario as well as numerical simulations based on magnetohydrodynamics equations.

This study suggests that, at least in the present event, the magnetic bottle appears to be crucial in producing or confining the relativistic electrons. These observations will inspire further observational, theoretical, and modeling studies on solar flare energy release and particle acceleration, which is main science topic of the SolFER collaboration.

*The study is supported partly by the NASA Heliophysics DRIVE Center grant #80NSSC20K0627 to NJIT.